All Three Baltic States in a Week

The Baltic States are located south-west of St. Petersburg, on the east coast of the Baltic Sea. All three countries share a border with Russia and all are members of the European Union and NATO.

These neighbouring countries are so charming and cozy, but at the same time so amazingly different in terms of their history and culture. They attract many visitors because of their museums, parks, historical centers of their cities, fantastic restaurants with dishes cooked of local organic food and local art that became so popular in the last years in the whole world.

We are happy to provide accommodation, comfortable transport and best local guides fluent in various languages. Many tours have been led by the famous Hermitage Professor and Researcher Alexei Leporc.

History of the Baltic States

In the 13th-16th centuries Latvia and Estonia were largely influenced by German crusaders, who formed the state of Livonia, and Lithuania allied with Polish Kingdom in the Polish-Lithuanian Commonwealth union. Later, the region was partitioned between Polish Lithuania, Denmark and the Swedish Empire, which took the greatest part. At the beginning of the 18th century, the Swedish Empire was attacked by Russia, which sought to restore its access to the Baltic Sea. In 1721 the Baltic Dominions were ceded to Russia and became known as the Ostsee Governorates.

After the Bolshevik Revolution of 1917, the Baltic States gained independence from Russia. In 1939, in accordance with the secret protocol of Molotov-Ribbentrop Pact that divided Europe into German and Soviet spheres of influence, the Baltic States were incorporated into Soviet Union as Soviet Republics. The Baltic States became independent in September 1991 and they remain so today.

Travel in the Baltic States

A visit to the Baltic States can become an informative and comprehensive independent trip and also can be well combined with the trip to St. Petersburg and to Helsinki.

There is a well developed bus connection as well as trains that link Baltic capitals with major neighbouring countries. Besides, ferry journeys are popular, and travelling by ferry is a significant part of Baltic culture. Finally, Air Baltic is a well-known and trusted air-company mainly based in Riga that flies to more than 60 destinations across Baltics, Europe, Russia, Caucasus, Middle East and Central Asia, there are many local flights in its schedule too.

The trip can start from any Baltic capital, but we are starting from Riga – Air Baltic’s harbour, that accepts a lot of international flights.

Arrival to Riga airport or station, transfer to hotel

AM – Walking tour of central Riga.

Riga, the capital of Latvia, a former member of ‘Hanseatic Trade League’, is more than 800 years old. Here, in the narrow streets of Old Riga, you can feel the breath of centuries. During your walking tour visit Riga’s main Cathedral (Dom of Riga), St. Peter Cathedral and St. Jacob’s Church and enjoy breathtaking view of the whole town from one of the domes.

Riga is a favourite of art and architecture connoisseurs. Nearly half of the buildings in the historic city center are built in the Art Nouveau style, which is more than in any other European city. In 1997 Riga was designated a UNESCO World Heritage Site.

Check out hotel after breakfast, then meet your private guide. This morning you leave Riga and head to Lithuania with a stop at Rundale Palace.

AM- Drive South to Mitava (2 hours) to see the magnificent Rundale Palace built in the 18th century by the famed architect Bartolomeo Rastrelli, whose baroque buildings are so spectacular in St. Petersburg.

The 140 room Rundale Palace built on the order of the Russian Tsarina Anna for her favourite Count Biron is one of the gems of Latvia.

After lunch continue to Vilnius

Upon arrival at Vilnius check in hotel and rest

After breakfast meet the guide and start your half day Vilnius city tour.

Vilnius is the capital of Lithuania, situated on the banks of Neris and Vilnia Rivers. First time it was mentioned in 1323. The old town of Vilnius is one of the largest and oldest in Eastern Europe. Magic atmosphere and splendid gothic, renaissance, baroque and classical architecture make Vilnus a wonderful city to explore.

1pm – end of the city tour. Free time in the afternoon to explore the city on your own.

Free time in the morning. Check out hotel.

12:30 – Meeting with the guide and driver. Drive to Trakai (28km from Vilnius) with luggage on board.

Trakai, a small town situated in a picturesque lakeside area, is one of the most popular tourist attractions of the country, as it is the former capital of the Grand Duchy of Lithuania. The historical part of the town preserves the ruins of the Peninsula Castle, the authentic heritage of a small ethnic group Karaites. However, the top must-see sight is the famous insular Castle on the lake, the original gothic style architectural monument from the end of the 14th century.

This tour includes a walk in the Karaites Cultural Reserve as well as a visit to Trakai Castle.

After the tour and a good walk, enjoy some of traditional dishes of Karaites cuisine in a local restaurant.

Evening: arrive Vilnius airport to check-in for a direct flight to Tallinn

Upon arrival at Tallinn, transfer to hotel and check-in

Meet your guide and driver after breakfast and begin your driving city tour around Tallinn city center.

Tallinn is truly one of the gems of Northern Europe. The old town has been astonishingly well preserved and was inscribed into the UNESCO World Heritage List in 1997. Start your day with driving to the most famous Tallinn museums:

Rocca Al Mare is an open air museum of the 18th-20th centuries rural Estonia, located in a quite seaside Rocca Al Mare area. The forested park comprises numerous farm buildings, historic windmills, a wooden chapel and a village school. Staff dressed in period costumes demonstrate how people lived and worked in the past.

Kadriorg Palace, standing in a beautiful Kadriorg Park, is a grand baroque palace built for Peter the Great in 1718 by the Italian architect Niccolo Michetti.

Peter the Great’s Cottage had been Tsar Peter’s dwelling before his Kadriorg Grand Palace was completed.  The Cottage includes Peter’s living room, dining room and bedroom as well as newly renovated rooms in the attic and basement.

After lunch you will continue to explore Tallinn with your private guide.

The beautiful old town, full of colorful gabled houses, half-hidden courtyards and grandiose churches, was built in the 13th-15th centuries, when Tallinn was a thriving member of the Hanseatic Trade League. The impressive gothic Town Hall built in 1404 as a meeting place for the ruling burgermeisters dominates medieval Tallinn’s main square. Nowadays, it is the only intact gothic Town Hall in Northern Europe.

The cost of the ‘All Three Baltic Sates in a Week’ Tour is available on request, as it depends on the number of guests and the date of the tour. We are also happy to arrange tailor-made tours for you to one or more of the Baltic countries. Please contact us to discuss your preferences. 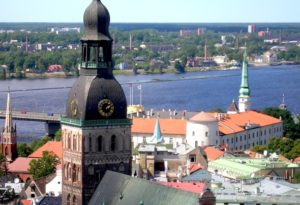 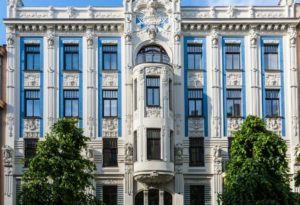 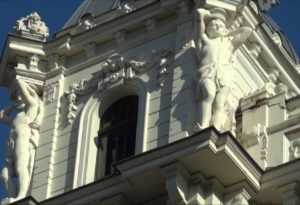 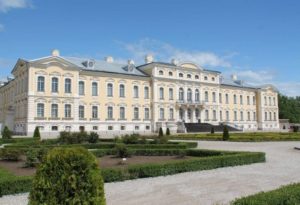 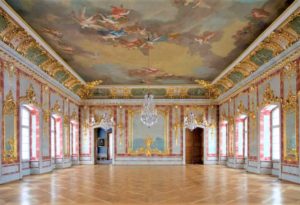 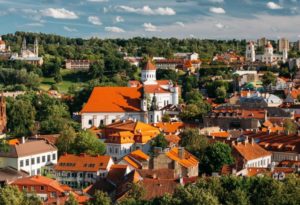 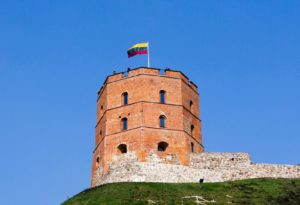