Based on early French and Italian traditions, Russian ballet developed to become unique and highly regarded as being among the best and most influential in the world. St. Petersburg is the center of the Russian classical school of dancing and has produced its greatest dancers and choreographers.

The Russian Ballet tour will acquaint you with such legendary names as Agrippina Vaganova, Anna Pavlova, Vatslav Nizhinsky, George Balanchin, Tamara Karsavina, Matilda Kschessinskaya, Rudolf Nureev, Michael Baryshnikov, Natalia Makarova, Galina Ulanova, Konstantin Sergeev and others, and will take to you to different sites in St. Petersburg connected with their life and work. You’ll have a unique opportunity to see the backstage of the world-famous Mariinsky Theatre, Opera and Ballet House (1 hour).

The Mariinsky Theatre opened it’s doors in 1860 and immediately became a cultural centerpiece, highlighting Russia’s achievements in the world of music, theatre and literature. The dazzling azure blue and gold auditorium, which seats 1700, is home to the celebrated Kirov Opera and Ballet Company. Accompanied by the Mariinsky Theatre Special Guide, you will visit areas that are usually inaccessible to the general public. There is a lot to see on both sides of the curtain: stage machinery, engineering devices, costume storages and the set-design workshop, which is located right under the theatre cupola. You will look at the stage from the Tsar’s Box and visit the splendid White Hall at the foyer where Russian Tsars spent time during intermissions.

Another very special visit on this tour is to the Leonid Jacobson Ballet School. The Leonid Jakobson Ballet School was founded in 1994 on the basis of the “Choreographic Miniatures” Academic Ballet House and was named after the artistic Director of that troupe. In 1997, the Ballet School established its own premises, with the highest level of professional facilities for the education of ballet students.

After the guided tour of the school premises, you’ll attend a ballet class of students from various grades (15 min) and a concert including pieces from classic ballets and modern choreography (40 min). A distinguishing feature of the school is the age of its students, who start at the age of 6 or 7 – not аt 10 as was raditional.

Classical ballet – its study and performance – is inseparable from the most refined elements of Russian character. Our Ballet Tour will provide you with a rare behind the scenes look and a heightened appreciation of what it takes to develop the qualities to become a star of the Russian ballet stage.

Combine the Mariinsky Ballet Tour with other sightseeing tours of St Petersburg. Call us for details 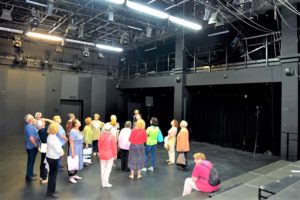 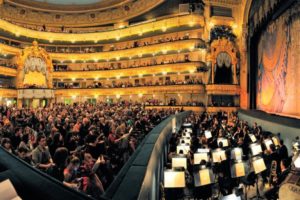 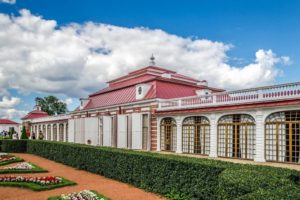 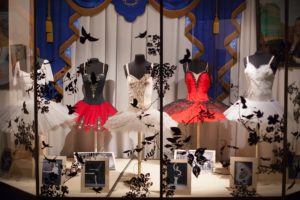