The Best of Georgia in a Week

This tour of Georgia would satisfy the most demanding art and culture connoisseurs. Due to well scheduled visits into Georgian museums included into this tour, one can deeply penetrate into rich and multi-faced history of this country, discover new names of the artists, appreciate extreme knowledge of local guides and museum curators. Find out what is left from famous Imeretian Kingdom and enigmatic Kingdom of Colchids! Book our tour ‘The Best of Georgia in a Week’!

Arrive Tbilisi, meeting the guide at the airport and transfer to hotel

In the morning enjoy a visit to Jvari Monastery & Mtsheta
At the top of the mountain above the ancient capital Mtskheta, city of the Iberia Kingdom where the Kura and Aragvi rivers merge, towers the monastery of Jvari – the first monument of Georgia, inscribed on the UNESCO World Heritage List as one of the best masterpieces of medieval Georgian architecture.

After Jvari arrive at Mtskheta, the ancient capital of Georgia.
The city was founded in the second half of the first millennium This place is one of the most visited places in Georgia.

Visit to Svetitskhoveli, the main cathedral of the whole of Georgia.
Many legends are associated with this cathedral, but they all have a common content telling that Svetitskhoveli was built on the site where the shirt of Jesus he wore during crucifixion was buried. In Georgian its name – ‘Svetitskhoveli’ means ‘Life-giving pillar’.

Due to its historical significance and several cultural monuments, Mtskheta was stated as a UNESCO World Heritage Site. Being a birthplace of Christianity in Georgia and one of the most vibrant religious centers, Mtskheta was declared as the “Holy City”

Lunch at the Chateau Mukhrani – lunch, wine testing and tour
Ivane Mukhranbatoni began the construction of this castle in 1873 and it took 12 years to complete the project. The castle and surrounding gardens were designed by French architects and Versailles gardeners.

Visit to the Tbilisi State Academy of Fine Arts
Dating from the 1850s, the Tbilisi State Academy of Arts building is one of the most outstanding heritage sites in Tbilisi. Defined by an eclectic mix of European and oriental architectural and artistic styles, this landmark building is best known for the so-called Mirror Halls, the sumptuous adornment of which, executed by Qajar artists invited from Iran, are reminiscent of the decoration of oriental palaces.

Visit to the Georgian National Museum – Colkhid Gold
The museum was established at the end of 2004 and preserves the nation’s rich, authentic content of cultural heritage providing learning experiences for everyone.

Early morning – Transfer to Kakheti, drive to the Nunnery of St.Nino at Bodbe (110 km) and stop at Badiauri, small village, to taste freshly baked bread and traditional cheese.

Visit to the Nunnery of St. Nino at Bodbe
The nunnery was constructed in the 4th century AD, on the tomb of St. Nino who introduced Christianity in Georgia. The Georgian king Demetre I played an important role in decoration of the nunnery.

Lunch at a local vineyard – light lunch with wine testing

After lunch continue sightseeing, visit the town of Signaghi and Sighnaghi museum
Signagi Museum that was established in 2007. It is the first high standard museum in Georgia. The Museum exhibits archeology, ethnography and medieval expositions.

After the visit into museum tour the town of Sighnaghi
Sighnaghi is a small town in the east of Georgia situated on the mountainside in the historical region of Kakheti.

At Telavi visit to Batonis Tsikhe museum & walking tour of the old town of Telavi
Telavi is the main city and advimistrative center of Georgia’s eastern provice of Kakheti. The city is located at the foot of Gombori road Telavi began to transform into a fairly important and large political and administrative center in the 8th century and in the 10th century it was mentioned as one of the most important cities of Caucasus together with Tbilisi, Shirvan, Shamkhor etc.

Visit the most significant sight of Telavi Batonis Tsikhe fortress
The residence of Kakheti with the area of 3 ha is located In downtown Telavi. Its territory embraces: the fence (constructed under the king of Kakheti Erekle II in 1753), the Royal Palace (constructed in the 60s of the 17thI century by king Archil; in 1865 the Women’s College of St. Nino opened in this building and the Palace was remade into a three-level building; today – the Telavi museum), the bath (in southern part bathing room and boiler are preserved; walls of the bath were painted), and two churches (Small Church and Church of the Court of Erekle II, built in 1758, the latter being simultaneously a defense facility – it has gun emplacements).

Drive back to Tbilisi by Gombori road (95 km)

Breakfast in the hotel and check-out

Transfer from hotel to Gori (88 km)

Arrival at Uplistsikhe (God’s Fortress)
Uplitsikhe is an ancient cave city, one of the first cities on the territory of Georgia. Uplistsikhe is carved in a rock located 12 km east of the town of Gori on the left bank of the Kura River.

Lunch – Visit to a family wine cellar in Gori, lunch and wine testing there

After lunch – Visit to the Joseph Stalin Museum in Gori
This historical Georgian museum is devoted to the life of the most famous native of the city, who became the head of the Soviet government and led the Soviet Union from 1925 to 1953. Opened in 1937.

Arrive Borjomi
Borjomi is a town in the central Georgia famous for its mineral water industry that is number 1 export of the country. Borjomi is also home to the most extensive ecological amusement park in the Caucasus.

Enjoy sightseeing in Borjomi that includes:

Visit to Vardzia Cave Monastery
The underground halls of the ‘mountain queen’ dug out of the solid rock, Vardzia looks like it was taken directly from the pages of Lord of the Rings. In reality it is a cave-palace-monastery built not by dwarfs, but by Georgians in the Caucasus for their fabled queen Tamara.

Arrival at Akhaltsikhe, lunch in a local restaurant

Akhaltsikhe is a small city in the South-West of Georgia. The name of the city translates as ‘new fortress’.

After lunch – Visit Rabath Fortress.
Rabath fortress in the South of Georgia is a fortress of 16th-17th centuries built on the territory of the historical area of Meskhetia by the order of a Mishetian ruler, who had adopted Islam from the Turks.

After the visit drive towards Kutaisi (175 km)

Stop on the way at the Ubisi village to see the frescos of Ubisi Monastery
The Monastery is located in the village of Ubisi overlooks the river Dzirula and consists of a sinlge-naved church built in the 9th century and later extended, a tower dated to the 12th century, some monastic buildings that are now almost destroyed and a wall.

After the visit continue towards Kutaisi

Morning – City tour of Kutaisi
These days Kutaisi is the capital of Imereti and Georgia”s 2nd largest city after Tbilisi. Nevertheless originally it had been the capital of the ancient Kingdom of Colchids. Archeological evidence indicates that the city had functioned as the capital of the kingdom as early as the 2nd millennium BC.

Visit to the Kutaisi Art Gallery

After lunch continue sightseeing in Kutaisi and surroundings

The Cathedral of the King of Bagrati ranks among the best monuments of Georgian architecture. Its construction began in the last quarter of the 10th century and ended in 1003.

The Gelati Monastery was founded in 1106 and it is a masterpiece of the Golden Age of medieval Georgia.

The Motsameta Monastery is a small, but remarkable Monastery dated back to the 10th century near Kutaisi. 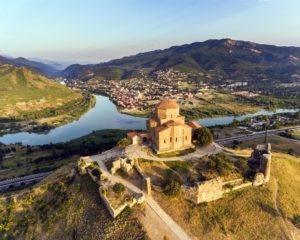 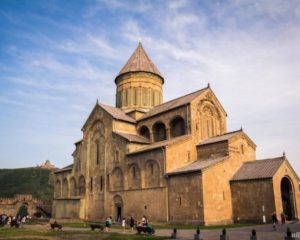 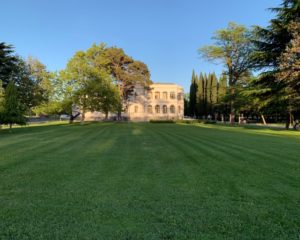 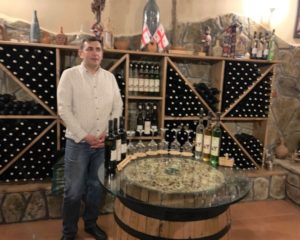 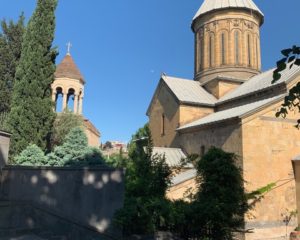 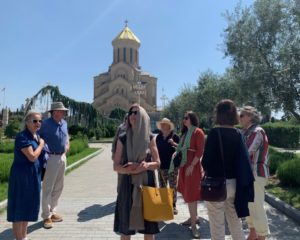 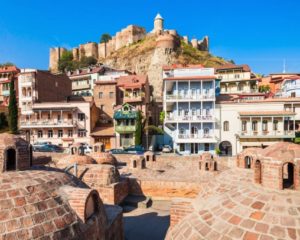