If you are traveling with children this is the tour you are looking for. In Moscow and St Petersburg children of all ages will find attractions, museums, parks, theatres and even restaurants that cater especially to them.

Arrive Moscow, meet your guide and driver at the airport and transfer to your chosen hotel. Stay overnight Moscow

AM Meet your guide, depart on city tour

Moscow City tour will include Newmaiden Nunnery, Sparrow Hills, Tverskaya Street, Poklonnaya Hill and Victory Park, Moscow river embankment and some of the stations of the famous Moscow metro system.

Not many underground systems in the world claim to be tourist destinations in their own right. The Moscow Metro is an exception: the city’s finest artists and craftsmen worked on the project in the 1930’s. The stations resemble Russian palaces with lavish chandeliers, sculptures and mosaics.

Lunch Break, followed by departure for Kolomenskoye (a suburb of Moscow)

Kolomenskoye is  a former residence of the Russian tsars that was founded in the early 16th century and had been in use by the tsars until the capital of Russian was moved to St. Petersburg in the early 18th century.

Visit the palace of Alexei Mikhailovich (father of Peter the Great), walk in the park. Drive back to Hotel.

PLEASE NOTE! It is not possible to drive on Red Square or inside Kremlin, so we have to make this a walking day.

AM Meet your guide, walk to Red Square

Tour of Red Square, the GUM department store, and a visit to St Basil’s Cathedral

Lunch break in a restaurant/cafe inside GUM

PM Tour of the Kremlin, the historic fort complex in the centre of the city and currently, the Russian Government office and the seat of the President. There are 5 palaces and 4 Cathedrals on the grounds, 2 of which you are going to visit: Assumption Cathedral where all the Tsars were crowned and the Cathedral of Archangel Michael with Tsars’ tombs. Kids’ attention is always attracted by the Tsar Cannon and the Tsar Bell, the largest in the world.

19:00Circus performance at the Moscow circus named after Yuri Nikulin / OR a performance in Moscow Cats Theatre

AM Check out of the hotel, meet your guide

Tour of the Moscow Planetarium

Moscow Planetarium is one of the largest in the world and the oldest planetarium in Russia opened in 1929. A tour of the Planetarium consists of the visits of the Large Star Hall & Interactive Museum “Lunarium”.

17:30Arrive St Petersburg, meet guide on the platform and transfer to your hotel

Optional: boat-ride on canals in the evening (1 hour)

AM City-tour to include major architectural and historic highlights of St Petersburg, a UNESCO World Heritage site. You will see: the Mariinsky Theater; Palace Square; St Isaacs Cathedral; the Spit of Vasilievsky Island; the Bronze Horseman Statue; Peter’s Log Cabin; Cruiser Aurora; Nevsky Prospect; the Square of Arts and more

Visit the Cathedral of the Spilled Blood
The Church is often referred to as a “fairy-tale”, or ‘Ginger bread” building. Its peculiar multicolored exterior makes it stand out from St. Petersburg’s typically strict classic structures and harks back to medieval Russian architecture. The walls and ceilings inside the Church are completely covered in intricately detailed mosaics.

The Grand Maquette of Russia is a new museum that opened just a few years ago. It shows the largest country in the world in small scale – the size of the maquette is 800 sq. meters. It is divided into interconnected areas that depict the country from the Far East to the Kaliningrad region with miniature detail.

AM Drive to Peterhof

Tour of Peterhof, the lower park with its 150 fountains and Royal Bathhouse

The Lower Park of Peterhof features 150 fountains and is known as “Russian Versailles’. The range and diversity of fountains is astounding from monumental ensembles like the Grand Cascade, the Chess Cascade and the Pyramid Fountain to the ever-popular Joke Fountains (the Firs, Umbrella, Oak, Tulip and the Bench fountains) – the endless source of fun and general merriment. The Royal Bathhouse block includes the spa complex built in the XVIII-XIX cen. In one of the rooms a water surprise is awaiting for visitors. You’ll be able to see it in action.

Lunch (optional: set lunch in a restaurant in the park of Peterhof)

Hydrofoil ride back to the city

PM Tour of the main part of the Hermitage which contains the largest art collection in the world, but under the direction of your experienced private guide the tour will be easy and interesting for kids: they’ll feel princes and princesses in the quarters of the Russian Tsars in the Winter palace, see the mechanical Peacock Clock, visit the Knight’s Hall and learn about the most famous paintings in the Museum collection. All in 2 hours!

Departure and transfer to the airport. 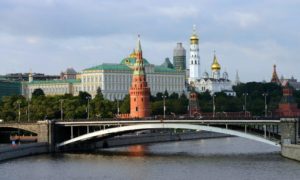 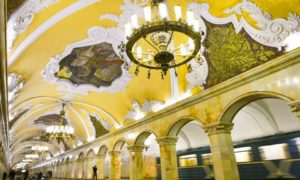 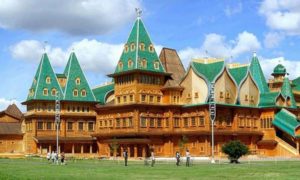 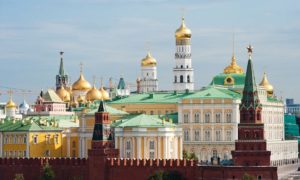 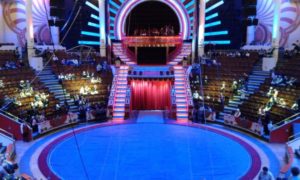 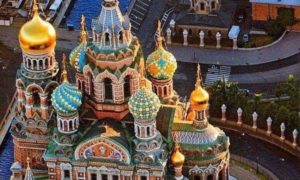 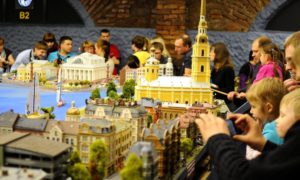