For discerning clients, a highly experienced Open Russia Tours team, all St. Petersburg natives, have put together a collection of most interesting secret places and special visits which are not available to the general public. Some tours will be after hours or on museums’ days off, some will provide private access to unique and exclusive treasures, which can be visited only with museum curators.

Arrive St Petersburg. Meet your guide and driver at the airport, transfer to Hotel

The General Staff Building, one of the most famous architectural monuments in Saint Petersburg, was designed by the architect K. I. Rossi and was built between 1820 and 1830. Its two wings are united with a triumphal arch, a monument to Russia’s victory in the war of 1812. The reconstruction of the General Staff Building started in 2008 and ended in 2014. After the reconstruction, the collections of Russian and European decorative art, paintings and sculptures from the 19th and 20th centuries (including Impressionist and Postimpressionist paintings, Matisse, and Picasso), as well as contemporary art were displayed there. The exhibition also includes the renovated historical interiors of the Ministry of Foreign Affairs and the personal apartments of the Chancellor of State.

Private tour of the Faberge Museum

A privately owned museum, founded by the Link of Times foundation in 2013 in order to repatriate lost cultural valuables to Russia. The museum is located in the very center of St. Petersburg — in Shuvalov Palace on the Fontanka River. The collection contains more than 4,000 works of decorative applied and fine arts, including gold and silver items, paintings, porcelain and bronze. A highlight of the museum’s collection is the group of nine Imperial Easter eggs created by Fabergé for the last two Russian Tsars.

Boat ride from the Faberge pier on rivers and canals (1 hour).

The grandiose Catherine palace is the last great baroque palace in Europe (1756) with a famous undulating façade, dazzling Ballroom, rococo interiors, and the legendary Amber Room, “the eighth wonder of the world”.

Tsarskoye Selo Amber Workshop is most famous for recreation of the Amber Room in the Catherine Palace. For more than thirty years this unique crew of artists-restorers has been working hard on perfecting their skills and knowledge. Hear the mystery of the lost originals, see amber being crafted and receive a small gift.

Lunch in the restaurant in the garden

Continue to the summer residence of Paul I  Pavlovsk. Troika ride in the gardens

An exclusive tour of the palace with the Chief curator.

This neoclassic palace designed by Charles Cameron and later extended by Vincenzo Brenna delivers the spirit of the late 18th – early 19th century to the fullest extent. You will be privileged to visit private rooms of Paul’s wife Maria Fedorovna on the ground floor and other premises not included into public tours. The curator will switch on 18th century clocks and open secret drawers of old cabinets.

City tour that will include major architectural and historic highlights of St. Petersburg, the UNESCO World Heritage site. You will observe: the Mariinsky Theater, the Palace Square, St. Isaac’s Cathedral, the Spit of Vasilievsky Island, the Bronze Horseman Statue, Peter’s Log Cabin, Cruiser Aurora, the Nevsky Prospect, the Square of Arts and more.

In 1888 the palace was inherited by Grand Duke Konstantin Konstantinovich Romanov (1858–1915) – one of the most prominent figures in Russian history of the turn of the 20th century, a senator, President of the Academy of Sciences and an accomplished Russian poet who wrote under the cryptonym K. R. During his time the Marble Palace became centre of cultural life in the capital. Musical evening parties were held in Duke’s private quarters attended by Pyotr Tchaikovsky, Anton Rubinstein, and other musicians. This exclusive tour takes you to the Small Drawing Room, Music Drawing Room, the Study and other rooms designed in the 1880s–1900s.

18:00 After-hours tour of the Stroganov Palace with the curator.

The gorgeous Stroganov Palace built between 1752-1754 on the corner of Nevsky Prospect and the River Moika used to be home for the noble Stroganov family. You will stroll through its magnificent rooms and have access to its most private corners, walk up secret staircases and open secret drawers of Stroganov’s mineralogic box.

Trip to the Imperial Summer residence Gatchina – tour of the palace with the curator.

One of BBC’s War and Peace filming locations. This palace is still not completely restored from WWII. Besides the State rooms, exhibitions and the underground secret passage connecting the palace to the gardens, the tour includes a visit to some rooms of the Palace that are still awaiting restoration. The tour focuses mostly on the damage suffered by the Palace in the war, the postwar opening preparations, the problems that museum staff faced, restoration work and plans for the future.

Visit the gardens: Birch House and Venus Pavilions (May – Oct) 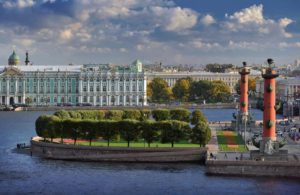 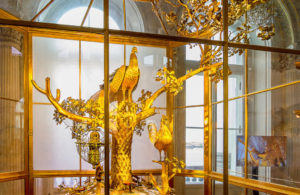 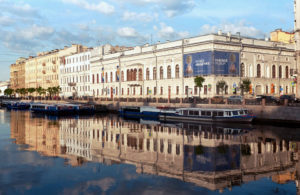 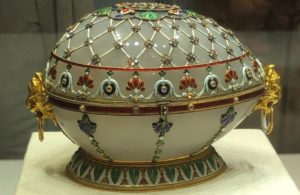 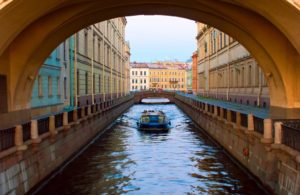 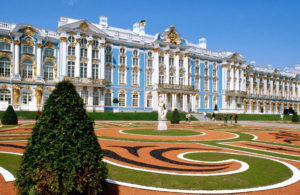 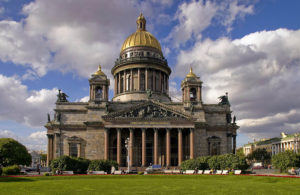