The duration of each of our Pushkin Tours is 4 hours.

On this tour you’ll be accompanied by one of the best guides in St. Petersburg, a Pushkin scholar and a curator of the National Pushkin Museum.

The life of Alexander Pushkin (1799-1837), Russia’s most celebrated poet, is inseparable from St. Petersburg where he spent his adolescence, youth and adult years. Here he met his highs and lows, and here his life came to its tragic end. On this unique tour you will see the palaces, streets and squares connected with the life of the poet and his characters, starting from his very first address on the River Fontanka and up to the sight of his fatal duel at Black River and his last apartment at Moika Embankment. A visit inside Pushkin’s apartment is included in the tour.

The flat where Pushkin and his family lived is a fine example of a nobleman’s residence of the 1830s. You will see the study of the great poet and author of the famous epic novel in verse, “Eugene Onegin”, and the well-known story “The Queen of Spades”, both of which were later turned into operas by Tchaikovsky. In the study there is a collection of over 4,000 books in 14 different languages, Pushkin’s desk and armchair, as well as the poet’s personal belongings, such as the ink-stand, the pen, the clock stopped at the moment of his death, and the waistcoat Pushkin wore on the day of the duel. The museum exposition features Pushkin’s death mask and the silver medallion with a curl of his hair. The flat is decorated with portraits of Pushkin, his friends and relatives, including his beautiful wife Natalia.

After you’ve seen Pushkin’s deathbed, it’s worth visiting the small Konyushennaya Church (1 Konyushennaya Sq) just around the corner where his funeral was held on February 1, 1837.

The drive will be narrated by your guide. If you are in a right mood, the guide will recite some Pushkin to you.

This tour takes you to the town named after the poet Alexander Pushkin, the former country residence of the Russian Royal family Tsarskoye Selo (Village of the Tsars) which is world famous for its Catherine palace and gardens. It is located 24 km south of St. Petersburg (45-50 min drive). You will enjoy a visit to the incomparable Catherine palace with its dazzling façade, magnificent staircase and a suite of State rooms decorated in gold. The tour also takes you into the legendary Amber Room with amber panels and mosaics reconstructed from drawings and photographs in 2003.

The tour includes a pleasant walk through the Catherine garden to the wing of the Catherine palace where in 1811, the Tsar Alexander I opened a privileged school for noble boys – the Lyceum. Alexander Pushkin (12 years old) was admitted to the Lyceum as a first course student and spent 6 years there. He was recognised as the first poet of Russia at the age of 15. On June 6th, 1974, the day of Pushkin’s 175th Jubilee, the Lyceum was opened as a Memorial Museum.

The Lyceum tour is very special. It features the original library, classrooms, music and fencing rooms, physics study, dormitories and teachers’ rooms. You will learn about the “sacred fraternity” of the students and their reverent and special attitude to the teachers. The Big Hall tells about the important events in the life of the students such as the grand opening of the Lyceum on the 19th of October, 1811, promotion examinations and graduation parties. You will also see the original Manifesto on the establishment of the school, the original Lyceum Diploma and Charter.

These two half-day tours can be easily combined into an 8 hours tour of Pushkin’s Life and Work. We hope this time spent with Russia’s greatest poet, Alexander Pushkin will remain most memorable and enrich your perspective of Russian life, culture and national character.

Combine this tour with others to make your own custom St Petersburg sightseeing tour. Call us for details 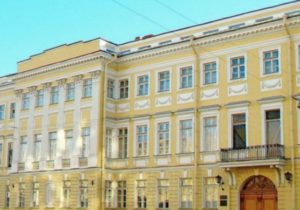 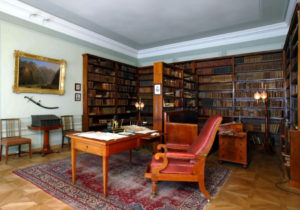 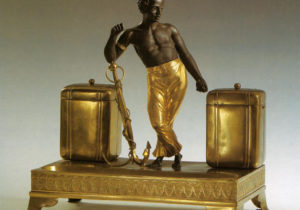 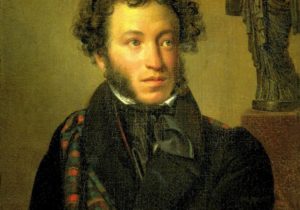 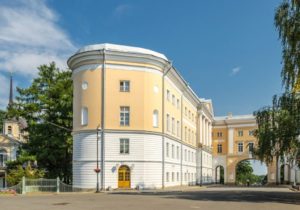 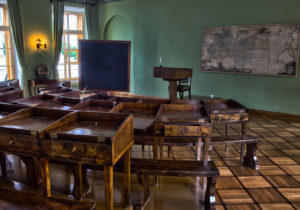