This trip to Vladimir and Suzdal introduces you to the treasury of Russian history and culture, masterpieces of ancient art, unique monuments and fascinating museums.

06:00Meet your English speaking guide/assistant in the hotel lobby, transfer to the railway station.

It takes just 1 hour 40 min to get to Vladimir onboard this comfortable, modern train.

08:55 Arrive Vladimir. On the platform meet the local English speaking guide, who stays with you until you leave Vladimir next evening. Drive to Bogoluybovo.

12:00Transfer to Vladimir for lunch (included in the tour)

13:30After lunch, you will explore the town of Vladimir, one of the medieval capitals of Russia and home to three important monuments that are on the UNESCO World Heritage List. The first is the magnificent five-domed Assumption Cathedral. Designed as a sepulcher for Grand Princes, the Cathedral is dedicated to the holy icon Theotokos of Vladimir, which was brought to the city by Andrew the Pious. The Cathedral was constructed in 1158–1160, expanded in 1185–1189 and painted by the great medieval iconographers Andrei Rublev and Daniil Chyorny.

Next, you will visit St. Demetrius Cathedral (12th century) that is notable for its noble form, ideal proportions and walls decorated with beautiful stone fretwork and more than 600 bas-reliefs! Finally, you will visit the Golden Gate entrance into old Vladimir. Built in 1164, the Golden Gate is a combination of battle tower, overgate church and triumphal arch and is considered a remarkable monument of Russian fortification architecture.

At the end of the day you will be transferred to the ‘Pushkarskaya Sloboda’ hotel in Suzdal.

Dinner is not included in the tour price, but we are happy to recommend restaurants.

09:00Breakfast, check out of the Hotel

After breakfast, you will continue your tours in Suzdal, a well-known tourist destination that has the look and feel of a small provincial town or village, with its beautiful landscape and rustic unpaved roads and houses. Suzdal boasts many remarkable riverside churches and monasteries dating back to the 11th century, some of which are included in the UNESCO World Heritage List.

09:45Tours in Suzdal: Museum of Wooden architecture , the Kremlin and its grounds, Cross Chamber and Nativity Cathedral .

12:30Lunch at a local restaurant (included in the tour)
Continue the city tour of Suzdal with a visit to the remarkable St. Euphymius Monastery . The largest of Suzdal’s many monasteries, St. Euphymius has a commanding position overlooking the town and river. It is remarkably well-preserved and great example of the might of the Russian Orthodox church in medieval times. After exploring the numerous churches and museums inside the monastery, you can admire the view from outside the formidable walls OR, time permitting, take a walk down to the Pokrovsky Convent for a magical 360 degree view of the town.

Time to explore Suzdal on your own.

18:45Transfer to the railway station in Vladimir to catch the high speed train back to Moscow

23:00Arrive Moscow, where your Moscow driver will be waiting for you on the platform to take back to your hotel. 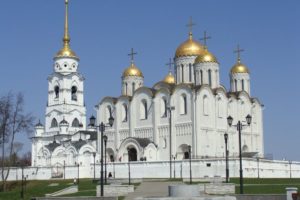 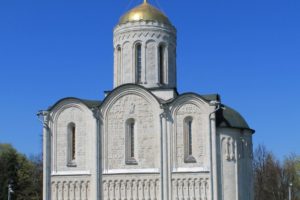 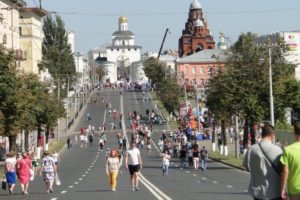 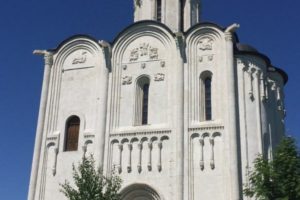 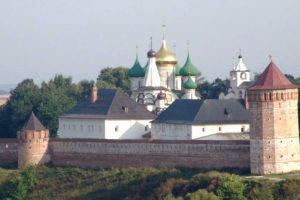 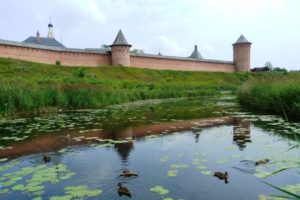 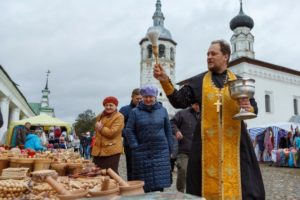 One night accommodation at the Pushkarskaya Sloboda hotel (3* block) with double occupancy; Transportation and dedicated English Guide/Assistant throughout as per the itinerary above; Local guides in the museums; Lunch each day; Museum entrances; Transfer in Moscow with guide; Transfer in Moscow without guide; 2nd class return train tickets

Dinner on day 1 and on return to Moscow; Optional extras